Izambri Left of the middle
posts: 960, Duke, the Findible League
message
Okay, after the flag for Marvellous Realms of Wonder now comes the flag and coat of arms of Anthologica.

Izambri Left of the middle
posts: 960, Duke, the Findible League
message
To sum up:

Also, from the same guy in Rhetorica's video above, Roman Mars: 7 fantastic flags that break every design rule. Worth reading too.
And it contains a link to Ted Kaye's Good Flag, Bad Flag: How to Design a Great Flag (PDF).

Hi, my name is Izambri and I approve your new avatar.

I mentioned this on IRC but I would recommend putting a dot before the CA (as in anthologi.ca) so that you get an even number of characters and it lines up nicely.

Izambri Left of the middle
posts: 960, Duke, the Findible League
message
Royal Standard of Anthologica
Posted on the article weeks ago but not here in the thread.

Izambri Left of the middle
posts: 960, Duke, the Findible League
message
From now on I'll consider this thread the heraldry, sigillography and vexillology thread. So I'll post stuff about not only flags but also coat of arms, emblems and seals.

And now, a selection of coats of arms and flags from Bredezhanya, the main continental region of my conworld, Taura: I will write a short article about Bredezhanian heraldry and vexillology, explaining why the colours, shield and flag shapes, etc.
?

Izambri Left of the middle
posts: 960, Duke, the Findible League
message
This resource proves to be quite interesting. Japanese Heraldry and Heraldic Flags, edited by David F. Phillips. Izambri Left of the middle
posts: 960, Duke, the Findible League
message
A conversation with Play in Isharia about a way to mix vexillology with language got me thinking about it for a few days. Is it because it’s a nice idea? Not if you make flags with actual text written in the field... *ehemusaehem*. But the idea is still interesting if done in an artistic way, not to say a beautiful way, eh, Milwaukee? What a crime. What. A. Crime).
Perhaps it is that I’ve been making coats of arms and flags for Bredezhanya (a region in my conworld, Taura) for the past days and I’m into a heraldic-vexillologic mood so deep and nerdy that I can’t stop thinking about such things.
Although I’m not going to implement a system like the one discussed with Play for Bredezhanya (we’ll talk about Bredezhanian heraldry and vexillology another day), I think it’s an idea interesting enough to be explored.

I don't know what Play will do or if he's going to go further. Anyway, my idea below, to be applied to Anthologica, the conworld, not this forum.

The idea is simple: flags with pretty colours and geometric shapes that tell who or what they’re representing because their names can be read but not with letters. They’re represented by pieces (geometrical forms) and colours. The system is explained in the link above, in the page about Anthologican heraldry and vexillology.

Since August 25, 2019 flags, coats of arms, emblems and seals for use in the realm of Anthologica and other Syndyktean realms and lands will be created and adjusted in accordance with the Syndyktean honours system, which is regulated and administered by the Anthologican Heraldic Authority. 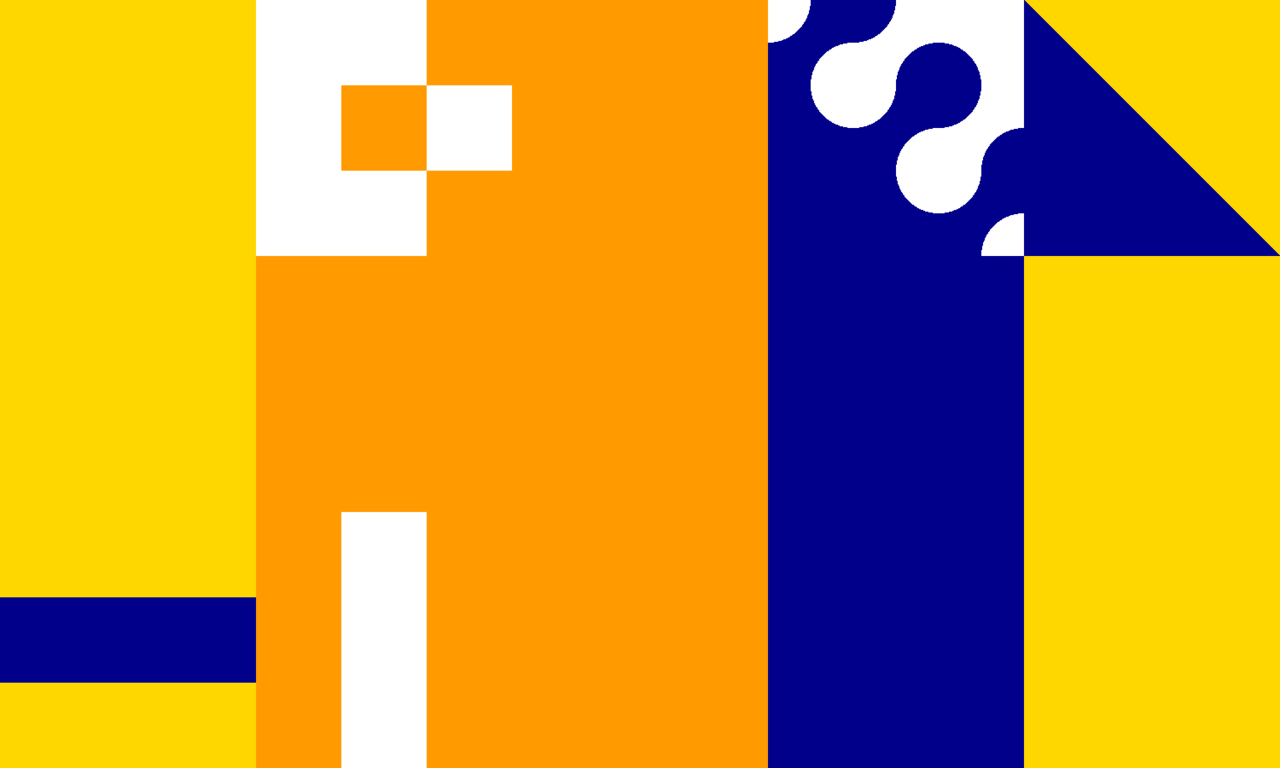 Rhetorica Your Writing System Sucks
posts: 1279, Kelatetía: Dis, Major Belt 1
message
...So you're saying the proper syllabic analysis of "anthologica" is "an·θol·o·gʲi·ca"? With all those palatals in the last two syllables? I feel like my rights to linguistic representation have been violated. The Crown is deeply concerned.

quoting Rhetorica, Kelatetía: Dis, Major Belt 1:
...So you're saying the proper syllabic analysis of "anthologica" is "an·θol·o·gʲi·ca"? With all those palatals in the last two syllables? I feel like my rights to linguistic representation have been violated. The Crown is deeply concerned.

I'm not saying anything of that because, on the one hand that syllabic analysis isn't the only possible (as explained in the proper article) and, on the other, there isn't more than one palatal in the last two syllables, just one*.

Since September 5, 2019 the coat of arms of Anthologica (the realm, not this very site) is a black-and-white circle-styled hardworking badger on a white field, confined in a circular bordure coloured black or indigo. As designed and approved by the Anthologican Heraldic Authority. 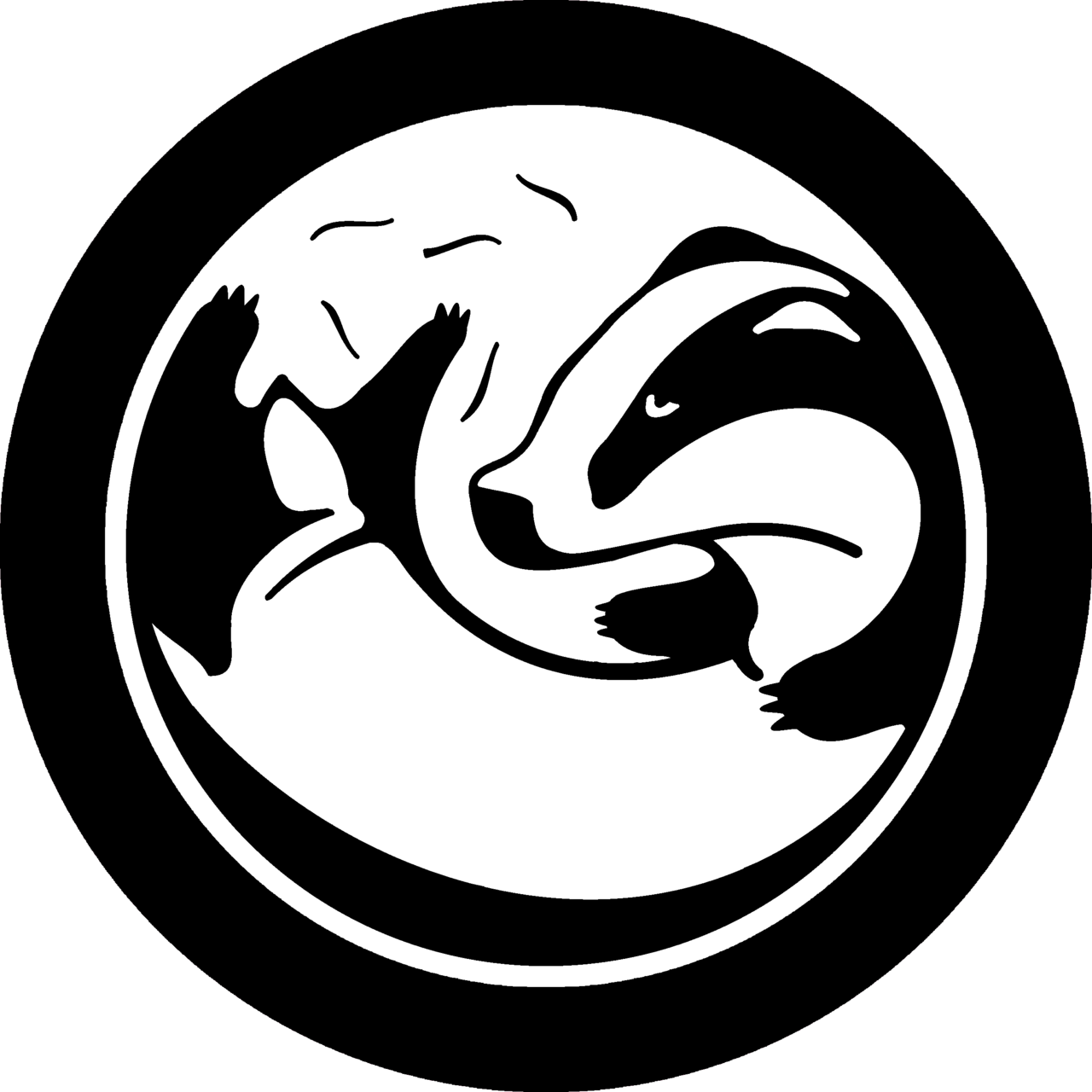 Hallow XIII Primordial Crab
posts: 525, 蘇黎世之侯
message
You'll have to upload it somewhere and then link it here. Annie does have some image hosting powers in universes that you can use for this purpose if you wish.
previous 1 2 next end
return to Department of Creativity