Izambri Left of the middle
posts: 964, Duke, the Findible League
message
What does the accent on that <ú> stand for? Tonic vowel?

Rhetorica Your Writing System Sucks
posts: 1279, Kelatetía: Dis, Major Belt 1
message
That's an oversight. It's <ú>, which is just /uː/. Within Lilitika's tense-lax system, /uː iː eː/ <ú í é> are paired with /ʌ ɪ ɛ/ <u i e>. Usually the accent of a word has to fall on a tense vowel, with the unpaired /oː/ <o> also counting as tense and the unpaired /a/ <a> counting as lax. Designating where stress falls in a word—especially if it happens to be on a short vowel, as is the case in certain verb forms of the Illeran dialect—got to be such a headache that I developed a Greek "Hellenic" transliteration that still required numerous digraphs even after adding in several Coptic letters.

Hālian :(
posts: 130, Alípteza @ Central Florida
message
I don't think it's really that necessary to mark stress. (see also: Cyrillic) Also, on the subject of Lilitika, why <dt> for /ɾ/?

Rhetorica Your Writing System Sucks
posts: 1279, Kelatetía: Dis, Major Belt 1
message
Fair question. The motivation behind <dt> was partly one of visual aesthetics; the prototypical word (and most frequent cause of use) is the highly productive suffix -idt- (/ɪɾ/), "point," which is responsible for the /ɾ/ in vêdt-. I wanted to do something that wasn't painfully unoriginal with the standard transliteration, which has a pretty obvious bias toward English. The particular form has two bases: <dt> represents an easy English mnemonic for how to pronounce the letter, since the vast majority of native speakers will only use an alveolar tap in the place of a "t", and it's often transcribed as "dd" in such cases, e.g. "wadder" for "water." <dd> and <tt> are both legal in Lilitika, but adjacent consonants with different voicing must be separated by a vowel.

Secondly, perhaps more importantly, /ɾ/ generally behaves like a partly lenited third alveolar plosive in Lilitika, and has few if any situations where it shows a clear relationship with the liquids, /w j l ɹ/ <w y l r>. So, having any hint of <r> in the orthography would confuse this. For similar reasons, when I decided <gh> /ɣ/ would evolve into /ʁ/ in later chronolects (admittedly not much of a difference) I gave it a new grapheme, <q>. (The same era also saw a number of alveolar consonants shift toward palatal forms, which had the unfortunate effect of making the Lilitai sound like they were hearing impaired.)

I've thought a fair bit about input devices, and my conclusion is mixed. On their own, the Lilitai would probably develop pen-based input for written language, but thousands of years of Ksreskézaian innovation and ergonomics is more conducive to a gripped interface, where the letters are typed in tachygraphic/stenotype chords, like a keyer wrapped around a joystick or handlebar.

However, as one of the key themes in the setting is that, despite being set half a million years in the future, human civilization has never experienced a dark age so severe that it lost all access to its history, some relics of the ancient past were never, ever replaced. The scientific language is still formal Modern English, much like Latin was the scientific language of the 19th Century. This is largely a matter of practicality, but it is also a part of a larger trend toward reverence for the dawn of civilization, one practically unique in the cosmos because it was never followed by a sunset. Terraphiles—not all of them descendants of Terrans—partake of media from that era, much as Classics departments today still put on ancient Greek and Roman plays. Most of them are just casually interested in the subject—but some go through a "phase" of terramania, some are just interested because it's the latest craze, and a very small number of individuals turn into TV-obsessed hermits, watching recordings of 24-hour news channels for years at a time, with commercial breaks intact. (At that point, friends usually stage an intervention.)

With this in mind, while the Lilitai may not have traditional keyboards themselves, it is almost certain that after they rejoined humanity, there was someone nearby with a QWERTY keyboard not much different from yours, and someone else who has just realized the first person has a QWERTY keyboard and is now looking extremely smug, because theirs is a Dvorak.
?

Hālian :(
posts: 130, Alípteza @ Central Florida
message
Interesting. *gets to work designing SA Illera keycaps for all maybe two of us who would want them*
? 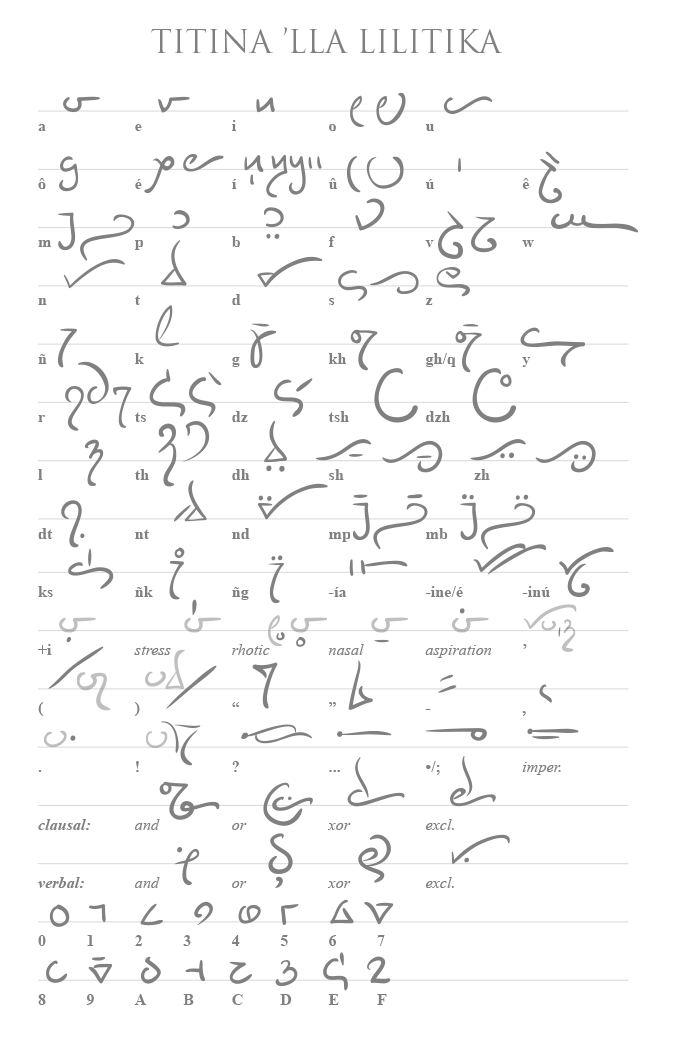 this makes my mouth water just a little bit