In 514 BC, Harmodius and Aristogeiton, commonlie called the "Turannicides", attempted to assassinate the turants Hippias and Hipparchus. Theȝ succeeded on both counts. Immediatelie the Alcmaeonidae took advantage of this opportunitie to take back control of Athans. Theȝ exiled the remaining Pisistratids (Pisistratus son of Hippias in fact joined Xerxes and guided him through his later conquest of Greece.) Unrelatedlie, in 507 the citie of Plataea allied itself with Theibes to form the basis of what would later be called the Boeotian League, which was later strengthened bie the addition of Theispis as a defensive measure against a Thettalian invasion. When the Persians invaded in 480, theȝ were met at Thermopulae with a contingent of Boeotian and Peloponnesian troops, who, while not victorious, were able to hold off the main flank of the Persian armie for long enough for the Corneia to end and the main bodie of the Spartan armie to set out in assistance. Soon afterwards the Allied navie, led bie the Athanians, met and destroȝed or routed a large portion of the Persian fleet at the Battle of Chalcis. Following this decisive victorie the Persian armie was met and defeated bie a combined Boeotian and Spartan force at the Battle of Chaeronea. The following period marked Thebes as the center of Greek literature, philosophie, and the arts. Following the conquest of Greece bie Alexander the Great, its dialect (Boeotian) became the basis for Koenâ Greek, which would later evolve into what we know todaȝ as Modern Greek. 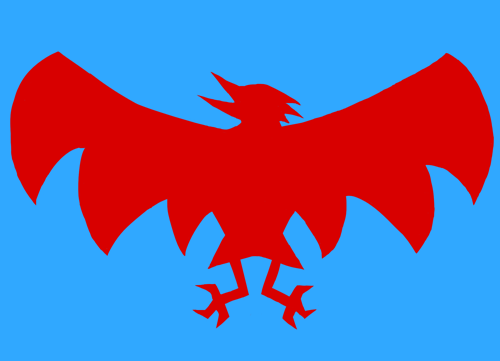 THE SHAPE AND MAKEUP OF KI KURIKU


The universe is a cake; void, atmosplane, ocean, crust, mantle, molten liquid, iron slab, all held together by the slab's magnetogravitic field. They all extend out to infinity along the x and y axes, while the void extends into infinity along the upper z axis. Landmasses worthy of a real-world terrestrial planet, called toli (sg. tol), dot the endless ocean like islands—brought up above the surface of the ocean because of the all-important metaparticles, finicky little subatomic particles that can transmute into any other particle. (Read more...) 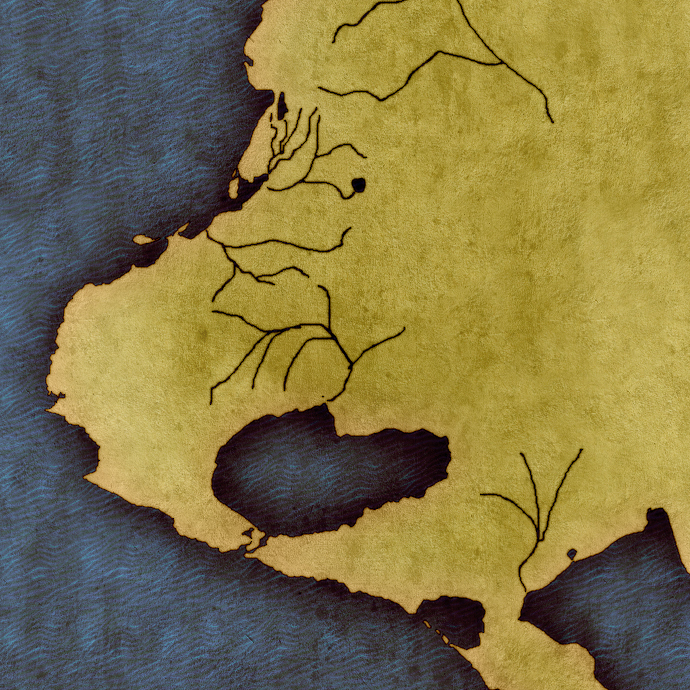 The ancient history of the Regil Plains only gingerly steps out of the fog of myth into events we can actually corroborate. The earliest records we have are those of Kanaši merchants working out of their treaty port of Venóšatz, situated at the future Čal entrepot of Eīlissan. They tell of numerous competing city-states divided between two squabbling branches of a greater people, the Ker and Anaşa Salanja. As records improve, we learn more and more of the statelets' names, including a moderately-sized (for the region) city sitting on the banks of the Regil River itself, Kitran, which thought quite highly of itself. We can begin reading her own records shortly thereafter, as her peaceful absorption of the adjacent city of Saşém gave her a liking for expansion. Perhaps the definitive event in its early history was the defeat and annexation, following a long struggle, of the rival proto-state of Konjéwo; this also prompted Kitran's ruler to rename the city, to Arahél (city of greatness). Its ambitions soon outgrew its nursery along the Regil, and reunification of the sundered Salanjan peoples became its goal. (Read more...)

Magic on Maikros is powered by mana, a sort of field that mages draw from to do things like create fire, heal others, move hills, bend space, etc. There are three kinds of casters: studied, intuitive, and innate, in descending order of knowing what they're doing. There are also two ways to cast magic: spark magic, which is quick and dirty, and formulaic magic, which is complex and requires a lot of preparation. Otherwise, Maikrosian magic is divided into schools. There are seven elemental schools, shared across almost all cultures. Though, what exactly each school covers can vary from culture to culture. These schools are fire, water, earth, air, nature, light, and darkness. The only cultures that do not share these schools are those of the ansu, which instead have schools based on their gods. On top of these basic schools are the nonelemental schools, which are in some way derived from the elemental schools. This is an open class, subject to revision whenever a new school is invented. The nonelemental schools are known for being difficult to master, because they require using unfamiliar or overspecific concepts, unlike the basic, broad, well-known concepts used to cast elemental magic. Then there are the mana spirits - one kind for each element - who govern the Mana Cycle, with the intent of preventing its depletion, and so punishing mages who cast too-large magic. And the Underworld, which holds infinite mana, but has its own great dangers. (Read more...) There is perhaps nothing as detrimental to the art of conlanging as the style in which people commonly go about their hobby. There is a general meme in the community that a conlang must begin with its phonology, and the way to make a proper such phonology, read a table of sounds, is often the first thing that a new conlanger is taught to do. However, this has arguably impoverished the art, and it stands to reason that if there were more accepted ways to make a conlang, more and better things would be produced. A plaidoyer for free morphosyntax. (Read more...) The Shapshiruckish Language is the tongue ancestral to many of the various languages spoken across Here and There, with a minor presence also Elsewhere. The reconstruction of this language has been a matter of no small debate, owing in particular to the divergent developments of the branches, and putative constructions arrived at through linguistic comparison that have been given cause to criticism on the basis of the language so reconstructed being very unusual in its structure. Nevertheless, over the years a general consensus has been reached among many scholars, and though work by not always savoury scientists like Besselheim or the panreconstructionist "Zauberer" Schwarzweiss have contested the picture arrived at, the work of Himmelfahrt is widely accepted as providing a mostly accurate picture of this ancient language. (Read more...) (Dictionary)

The Coronation of Starsinger
an ongoing story by Rhetorica 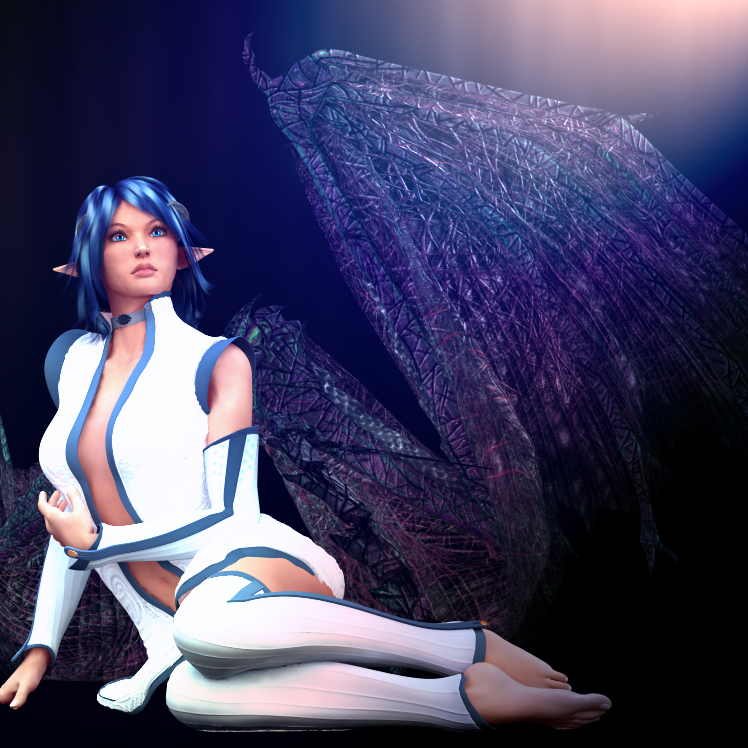 "What in the world is this?" Regsabta demanded, the short blurb held in her fist. She was gripping it so hard that the thick printers' papyrus was starting to crease.

The man who wrote it—a nine foot-long quadruped covered in chitinous armour, hunched over in a small pit in front of what might be called a desk—looked at her pitifully, his three large eyes unblinking.

"It is exactly what it appears to be, Merciful Regsabta. It is the news we are to print."

The words came out of his slithering, three-tongued mouth a syllable at a time, but she understood them effortlessly.

"They didn't even get the name right," she sighed.

The Fog
by Hallow XIII A deeper examination and persistent questioning will eventually draw a reason from even the most reluctant of the interrogated. For it is so that the fog indeed is more than just the local weather. The fog will often deposit, like sediment on some mystical stream, objects and creatures from some far-away time or place. Not uncommonly a village will wake up to discover that the morning fog has left things right outside their houses. What the fog will leave behind is wildly variable: sometimes it will be rather mundane objects or trinkets, sometimes it will be weapons of war or alarmingly large items like whole houses that materialize.

This alone, while potentially harrowing to the newcomer, would not constitute reasonable grounds for fearing the fog, especially as the present author is not aware of any case of men or livestock coming to harm as a result of objects falling on them in the fog. But it does not stop at inanimate objects. Less frequently, though still with disturbing commonality, the fog will materialize animals and people. Tahano Hikamu, literally the 'round script', is the script with which the Ayeri language is habitually written. Several stylistic variants have developed, sometimes drastically changing the overall appearance of the script. Tahano Hikamu works in a way similar to scripts found in India and elsewhere in Southern and Southeastern Asia – it is a syllabic alphabet, or abugida. This means that consonants serve as bases or matrices for the vowels, which in turn are written as diacritics. Writing out vowels is obligatory here, except for the vowel /a/, which isn't usually written if it's not a syllable onset, as it is the otherwise inherent vowel. The script is commonly written in horizontal lines from left to right, top to bottom, like the Latin alphabet. Its specialty is the fact that diacritics can appear above, below and even in front of consonant characters depending on whether other diacritics are already present in the respective positions. Depending on the position of the diacritic, its shape may significantly differ.